“I have improved energy after supplementing with NT Factor Energy and Energy Multi-Plex. Especially notable are the increased maximal sudden power, endurance, and ability to recover during exercise and also for the next day events – for example in distance bicycling on hilly roads and weight lifting and aerobic exercising at the Y. These two Researched Nutritionals products were added to a thorough treatment program for a longer-term fatigue illness from tick borne infection complex illness in the later, more recent stages of therapy. I think the products address some of what we know about mitochondrial damage in the longer-term fatigue- like syndromes and look forward to discussing this further with others interested in increased energy. I have no conflicts of interest in my dialogues regarding Researched Nutritionals products.” — H. Smith MD 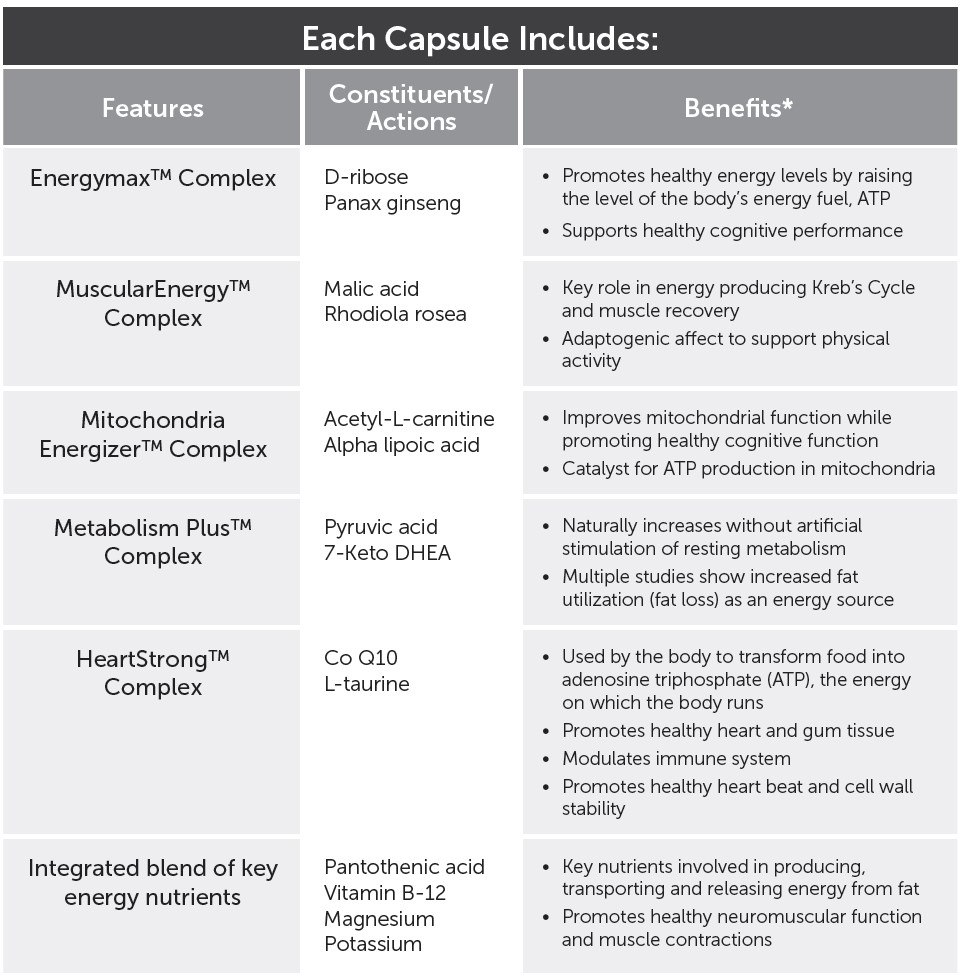 Suggested Use: As a dietary supplement, take three capsules per day (at one time or throughout the day) with or without meals, or as directed by your health care professional.

Cautions: Pregnant and nursing women should not take unless instructed to by their health care professional. Consult health care professional for use on children. Due to blood thinning effects of Ginseng, do not combine with anticoagulant drugs such as Coumadin® or with anti-inflammatory drugs that tend to cause bleeding including Aleve®, Anaprox®, Indocin®, Motrin®, Naprosyn®, Orudis®.  D-ribose may also reduce blood sugar levels of diabetics.